Then came the flood

One of my goals for 2013 was to cut back on traveling and catch up in the US office.
I have been traveling so much since the earthquake in 2010 and need to recover from constantly moving and let my body rest . But apparently that is not the plan.

The warehouse flooded on Sat or Sunday and yesterday I decided I couldn't put off dealing with it any longer( plus it was the warmest it had been since it happened).

Michele and I set off and discovered it was even worse that we thought. As Michele chipped away at the ice, A man named Scott showed up to see the damage and stayed to help get rid of the ice. Thank you Scott!
I moved boxes and threw away damaged items.

Later Jerica and two Gordon students Came to help. I think we have 50 more hours of work. We are hoping it stays on the warmer side. As people left to go home Melissa showed up with soup. Thank you Melissa !

It is great to be home:-) but I really miss the Guatemalan kids with their strength and man power. 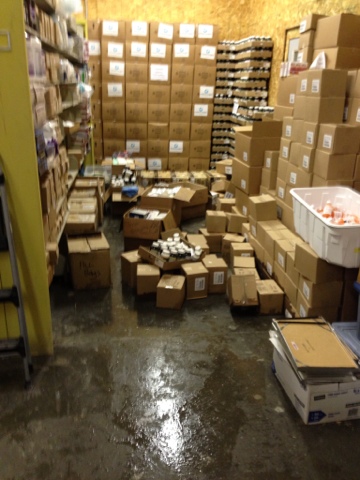 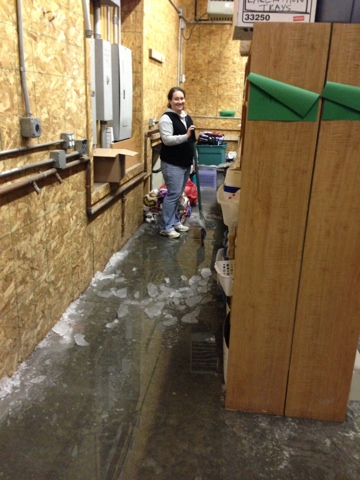 ABOUT PARTNERS IN DEVELOPMENT

Partners In Development, Inc. (PID) strives to help impoverished communities attain independence and whole life improvement. We are currently focused on serving some of the poorest areas of the Caribbean, Central America, and the United States. Because whole-life change is essential in order for the extreme poor to escape poverty, we’ve strategically designed sets of programs to meet the specific needs of the populations we serve. Through economic development, children’s programs, housing and medical assistance, we engage whole communities in whole-life change, ensuring a better quality of life and a more promising future. Learn more at www.pidonline.org